It’s a whole different story at the Trademark Trial and Appeal Board (TTAB) of the U.S. Patent & Trademark Office (USPTO), where parody claims and defenses never win.

Based on my review of final decisions in the TTAB’s online database (which dates back to 1996) and cited cases, it appears the TTAB has never upheld a parody claim or defense.  If you’re aware of one, please let me know.

The discrepancy is largely a result of the TTAB’s limited jurisdiction — extending only to issues related to trademark registrability — whereas infringement suits address trademark use via civil action in court, where judges have the power to enjoin use and are more receptive to free speech concerns and fair use exceptions.

However, with the specter of the Supreme Court’s B&B v. Hargis opinion looming over TTAB registration rulings, which now may have preclusive effect on infringement actions, it’s time to re-evaluate how parodies are treated at the TTAB and whether parodists should even pursue registration. 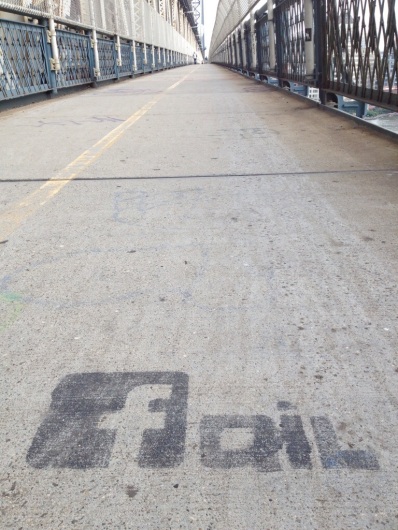 As seen on the Manhattan Bridge Bike Path

For trademark purposes, “[a] `parody’ is defined as a simple form of entertainment conveyed by juxtaposing the irreverent representation of the trademark with the idealized image created by the mark’s owner … A parody must convey two simultaneous — and contradictory — messages: that it is the original, but also that it is not the original and is instead a parody.” People for the Ethical Treatment of Animals v. Doughney, 263 F.3d 359, 366 (4th Cir. 2001) (internal quotation marks omitted). This second message must not only differentiate the alleged parody from the original but must also communicate some articulable element of satire, ridicule, joking, or amusement. Thus, “[a] parody relies upon a difference from the original mark, presumably a humorous difference, in order to produce its desired effect.” Jordache Enterprises, Inc. v. Hogg Wyld, Ltd., 828 F.2d 1482, 1486 (10th Cir.1987) (finding the use of “Lardashe” jeans for larger women to be a successful and permissible parody of “Jordache” jeans).

A parody defense can arise in two contexts: (1) in response to an allegation that the parody is likely to create consumer confusion with a complainant’s mark, in which case the parody is weighed along with other factors in the overall likelihood of confusion analysis; and (2) as an affirmative defense to a dilution claim based on the fair use exclusion in the federal dilution statute (codified in the Lanham Act at 15 U.S.C. § 1125(c)(3)(A)). 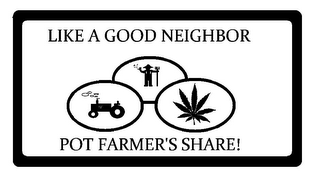 By my count, the TTAB has issued five precedential decisions in which a parody defense/claim was raised and substantively considered — all since 2006 (the year the dilution statute was revised to include, among other amendments, a parody exception) and all parody defendant loses.  Here are the applied-for marks in each case (the mark being parodied appears in parenthesis):

During this same time period, the Fourth Circuit issued its CHEWY VUITON (Louis Vuitton) opinion and the Second Circuit its final ruling in CHARBUCKS (Starbucks).  Both parody defendant wins at the federal appellate level.

Here are some of the legal propositions the TTAB relies on to evaluate, and ultimately reject, parody claims and defenses:

In the Board’s two most recent precedential decisions, CRACKBERRY and THE HOUSE THAT JUICE BUILT, it followed the Fourth Circuit in CHEWY VUITON to hold that the plain language of the dilution statute prohibits a fair use defense when the parody is used as a source identifier.  The statute reads in relevant part:

(3) EXCLUSIONS – The following shall not be actionable as dilution by blurring or dilution by tarnishment under this subsection:

(A) Any fair use, including a nominative or descriptive fair use, or facilitation of such fair use, of a famous mark by another person other than as a designation of source for the person’s own goods or services, including use in connection with–

The fair use exclusion only applies to uses that are “other than as a designation of source for the person’s own goods or services” … which is another way of saying “other than as a trademark.”  Naturally, the TTAB equates filing to register a trademark with trademark use, which is required to perfect registration.  In THE HOUSE THAT JUICE BUILT, an augmented TTAB panel stated: “The fair use exclusion is typically inapplicable when registration is sought, and it does not apply here.”  As a result, the act of filing to register a trademark will “typically” bar a USPTO applicant from relying on the statutory fair use exclusion in response to a dilution claim.

In CHEWY VUITON, the inquiry didn’t end with the statute’s safe harbor provision.

While the Fourth Circuit determined that the parody exception did not apply to a trademark use, it still considered the effect of the parody in assessing whether the plaintiff, Louis Vuitton, had proven dilution.  It is here where the TTAB diverges and rejects the Fourth Circuit’s approach (and modifies its holding in CRACKBERRY):

“No other federal appellate court, to our knowledge, has adopted the Fourth Circuit’s interpretation that the possible parody effect of a defendant’s mark should be considered in determining whether a plaintiff has proved dilution by blurring. See Starbucks Corp. v. Wolfe’s Borough Coffee Inc., 588 F.3d 97, 92 USPQ2d 1769, 1778 (2d Cir. 2009) (declining to adopt or reject Louis Vuitton parody holding). We take this opportunity to modify our prior suggestion in Research in Motion that an alleged parody should be considered as part of our dilution analysis even when parody does not provide a safe harbor for a defendant. We now choose to not consider the parody defense as part of the assessment of the dilution claim, because, as discussed supra, a mark that identifies source – which it must for registration – will not concurrently qualify for a statutory exclusion to a dilution claim. Stated another way, when an applicant’s mark is registrable, because it is being used in commerce to indicate source, such use is not a noncommercial use or fair use. Thus, given the circumstances generally presented by opposition and cancellation proceedings based on allegations of dilution, we find it virtually impossible to conceive of a situation where a parody defense to a dilution claim can succeed in a case before the Board. Certainly this is not such a case.”

How hard is it to successfully parody a famous trademark at the TTAB?  In the dilution context, it’s “virtually impossible.”

As for a likelihood of confusion claim, in CRACKBERRY the TTAB began by noting how it differs from federal court:

“when federal courts are dealing with questions of alleged infringement, the protective penumbra of free speech may well support the premise that members of the public have a right to use words in the English language to interest and amuse other persons. However, when this Board is asked the narrower question of applicants’ right to registration under Section 2(d) of the Lanham Act, the First Amendment claim is not as strong as with issues of restraint on use.“

The Board concluded: “the likelihood of confusion will usually trump any First Amendment concerns.”  And it did here as it “usually” has (every single time).

The language in the Board’s decisions include a few notable adverb qualifiers — “usually trump” … “virtually impossible” … “typically inapplicable” — but its results are absolute.  And in light of B&B v. Hargis, its reasoning no longer seems applicable.  The TTAB is now on near equal footing with district court — its decisions may have preclusive effect in infringement litigation: “So long as the other ordinary elements of issue preclusion are met, when the usages adjudicated by the TTAB are materially the same as those before the district court, issue preclusion should apply.”  B&B Hardware, Inc. v. Hargis Industries, Inc., 575 U.S. ___ (2015).

A win at the TTAB can be cashed-in at federal court to restrain use with injunctive relief, which is easier to obtain once a likelihood of confusion has been found.  By the Boards own logic, a First Amendment claim should now be given greater weight and not dismissed as being outside the scope of issues it adjudicates.

For these same reasons, parodists must consider whether it makes sense to file an application to register a parody trademark.  Filing an application may alert the subject mark holder; it demonstrates an intent to use the parody as a trademark, creating an almost per se bar to any fair use exception to parody a famous mark; and, if a contested proceeding ensues, requires relying on a defense that has never succeeded at the TTAB.

Once judgment is entered, the TTAB decision may provide grounds to enjoin all use and seek damages in federal court.  Sometimes the best course of action is to just use a trademark and not register it.  A parody trademark may be one of those times.  At least until the TTAB attempts to reconcile its reasoning from prior holdings with a post-B&B landscape.